News Parineeti Chopra calls Arjun Kapoor an annoying friend in her latest social media post. 21 Jan 2022 03:28 PM Mumbai MUMBAI: A few days back Arjun Kapoor has posted a picture in which he was seen wearing a black sweatshirt for a photoshoot. Reacting to the pictures Parineeti Chopra has commented, Photoshoot done, now… 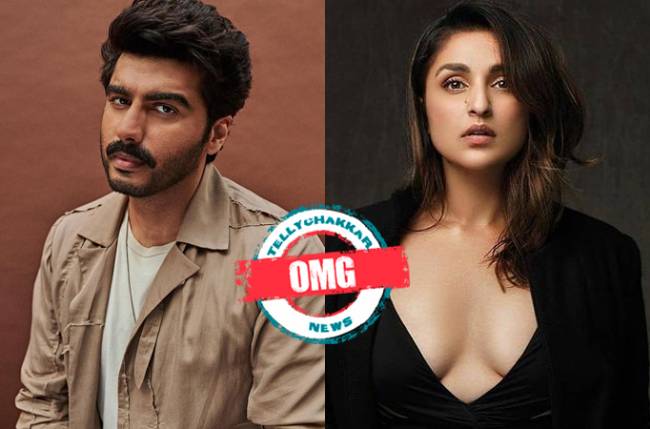 MUMBAI: A few days back Arjun Kapoor has posted a picture in which he was seen wearing a black sweatshirt for a photoshoot. Reacting to the pictures Parineeti Chopra has commented, Photoshoot done, now send me this sweatshirt. And to everyone’s surprise, the actress did get the sweatshirt from Arjun Kapoor.

Sharing the entire thing, Parineeti Chopra took to her social media platform, where she compiled a video, from the time when Arjun has posted the picture to her asking for it in the comment section. Parineeti then expressed her happiness for getting the shirt for free and dancing her way out.

She captioned the video as that frustrating feeling when he annoys me and then does nice things. OK but I’m seriously touched that you sent me your sweatshirt when you saw that I loved it… Now we will have to remain friends because we share clothes. Oh no. (Annoying human being. Love you too).”

Reacting to the video, Arjun Kapoor commented on her post and wrote It looks better on you. BTW free hai yeh kisne bola? Ma’am Pls send the payment I’m sending you the link.

On the work front, Parineeti Chopra and Arjun Kapoor have worked together in the films Ishaqzaade, Namaste England, and Sandeep Aur Pinky Faraar. Parineeti Chopra will be next seen in Ribhu Dasgupta’s untitled film and Uunchai. Whereas Arjun Kapoor will be seen in the films like Ek Villain Returns with Disha Patani, John Abraham, and Tara Sutaria. He will also star in The Lady Killer with actress Bhumi Pednekar.

For more news and updates on Television, Digital, and Bollywood, stay tuned to TellyChakkar.